The Bradley Chamber of Commerce held its 25th (!) annual banquet in the Bradley Elementary School cafeteria this past Saturday, March 7, 2009, with a good crowd present. 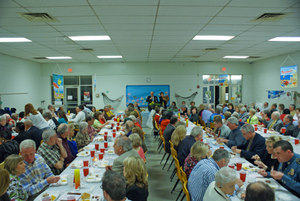 Emcee and auctioneer Richard Estes auctioned off one of this year’s Governor Conway Days T-shirts, as shown by Mollye McCalman, below. 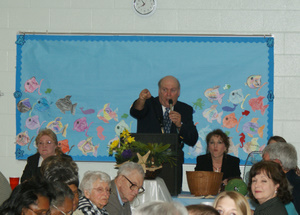 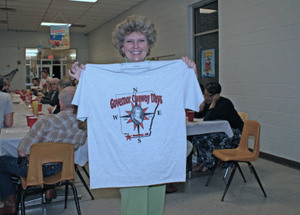 Also auctioned off was a glass etching donated in memory of the late Jackie Walker. 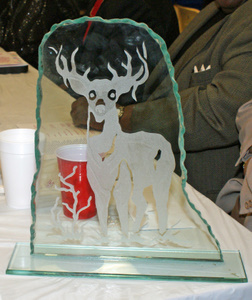 The Best Ad for Bradley award was presented by Travis Gore to the Walnut Hill Telephone Company, represented by Mitchell Ham.  Travis holds this year’s Walnut Hill phone directory which has an image of Governor James S. Conway on the cover. 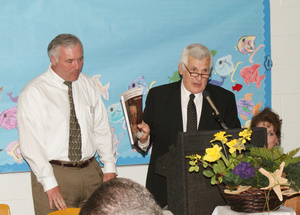 Fred Harris, below, announced that the Centenarian Award was being given to Mrs. Mariah Mitchell.  Mrs. Mitchell, widow of the late Frank Mitchell, was not able to be present. 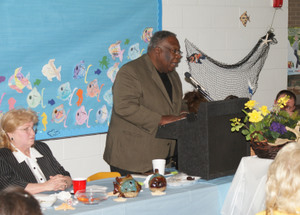 Mollye McCalman presented the Community Service Award to Mickie Gore, shown below with her husband, Travis. 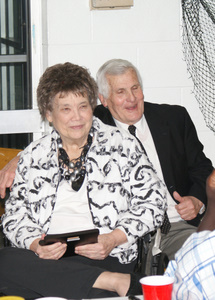 Governor Conway Days, as always, will be held this year during the last weekend in March, specifically March 27–28, 2009.

Oh, and one last note.  After the banquet had adjourned, my camera caught this bit of nefariousness: 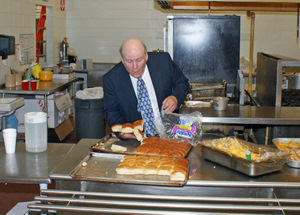 In the interest of full disclosure, however, I must admit that I walked out with some of those rolls myself!

This entry was posted in Civic Organizations. Bookmark the permalink.