The 26th annual Bradley Chamber of Commerce Banquet was held in the Bradley Elementary School cafeteria during the evening of March 6, 2010.  Attendance was excellent, as it always is during an election year, with many present seeking to be elected to or to retain political office.

The Community Service Award was given to Kala Traxler, shown below with Mollye McCalman.  Kala also arranged a slide show for the banquet. 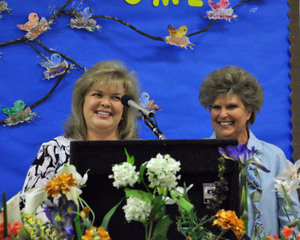 Travis Gore, whom Emcee Richard Estes, referred to as the “Sage” of the chamber, recognized State Senator Barbara Horn for her contributions to Bradley.  Senator Horn is in her last year of service in that position, and she made a few brief remarks.  Travis and Barbara can been seen in the following two photos. 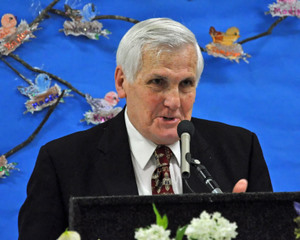 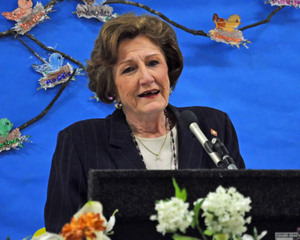 With so many politicians present, not just the usual one T-shirt, but instead two T-shirts were auctioned off.  The auctioneer was State Representative Bruce Maloch, seen below.  Bruce is in his last year of service in that position, and has served as auctioneer for several past Chamber banquets. 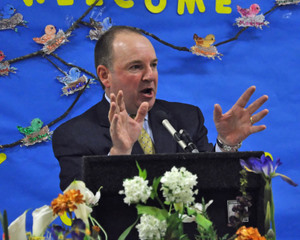 Mollye McCalman holds up one of this year’s Conway Days T-shirts, below. 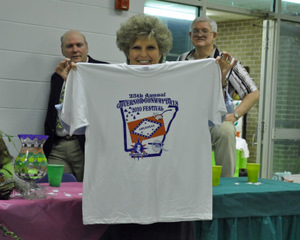 And Joe Middlebrooks holds up the other T-shirt to be auctioned off, one he said meant “Who dat gonna win this election?”

The Best Ad for Bradley went to Eugenia Collum, seen in the following two photos, the last of which with Emcee Richard Estes. 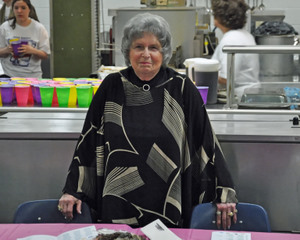 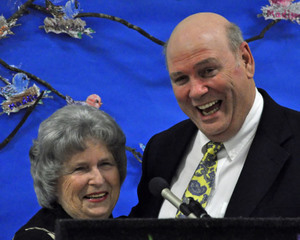 No annual Chamber banquet would be possible without the assistance of the student servers, shown below. 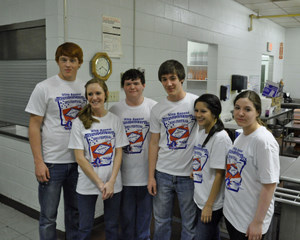 Governor Conway Days are held each year on the last weekend in March.  The primary date of celebration this year will be Saturday, March 27, 2010.

This entry was posted in Civic Organizations. Bookmark the permalink.