The last post promised a look at the parade from last Saturday’s Governor Conway Days.

The parade was led by Mayor J. C. Williams:

Considering the cool, windy weather, a good crowd was present: 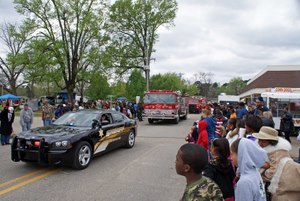 The Bradley High School Class of 1964 held its 45th reunion and took part in the parade.  Its trailer was driven by Dickey Bishop, a member of that class.  In the last of the three photos below, the three “young” ladies are Loretta Thompson Rodgers, Linda Lamar Mehrling, and Patsy Collier Vines.  The gentlemen on the far side of the trailer have their heads turned, and are difficult to identify from the photo. 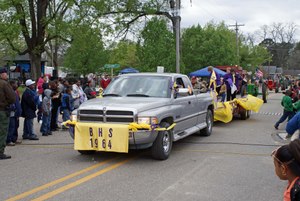 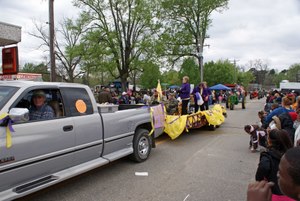 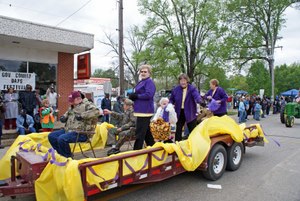 The Plain Dealing, River Bend, and Lewisville Fire Departments had trucks in the parade: 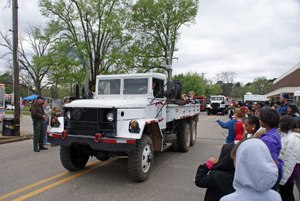 Last, but not least in the parade were the young people on their horses: 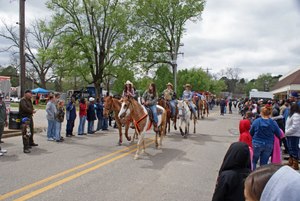 This entry was posted in Gov. Conway Days. Bookmark the permalink.